This page includes TextMaster reviews of users as well as an official review by ContentHeat in which we carefully analyze and write out our experience.

SELECTING THE SKILL LEVEL I WANT

This is quite a nice feature - seeing how your writer it developing your text that you've ordered. This is what it looks like: 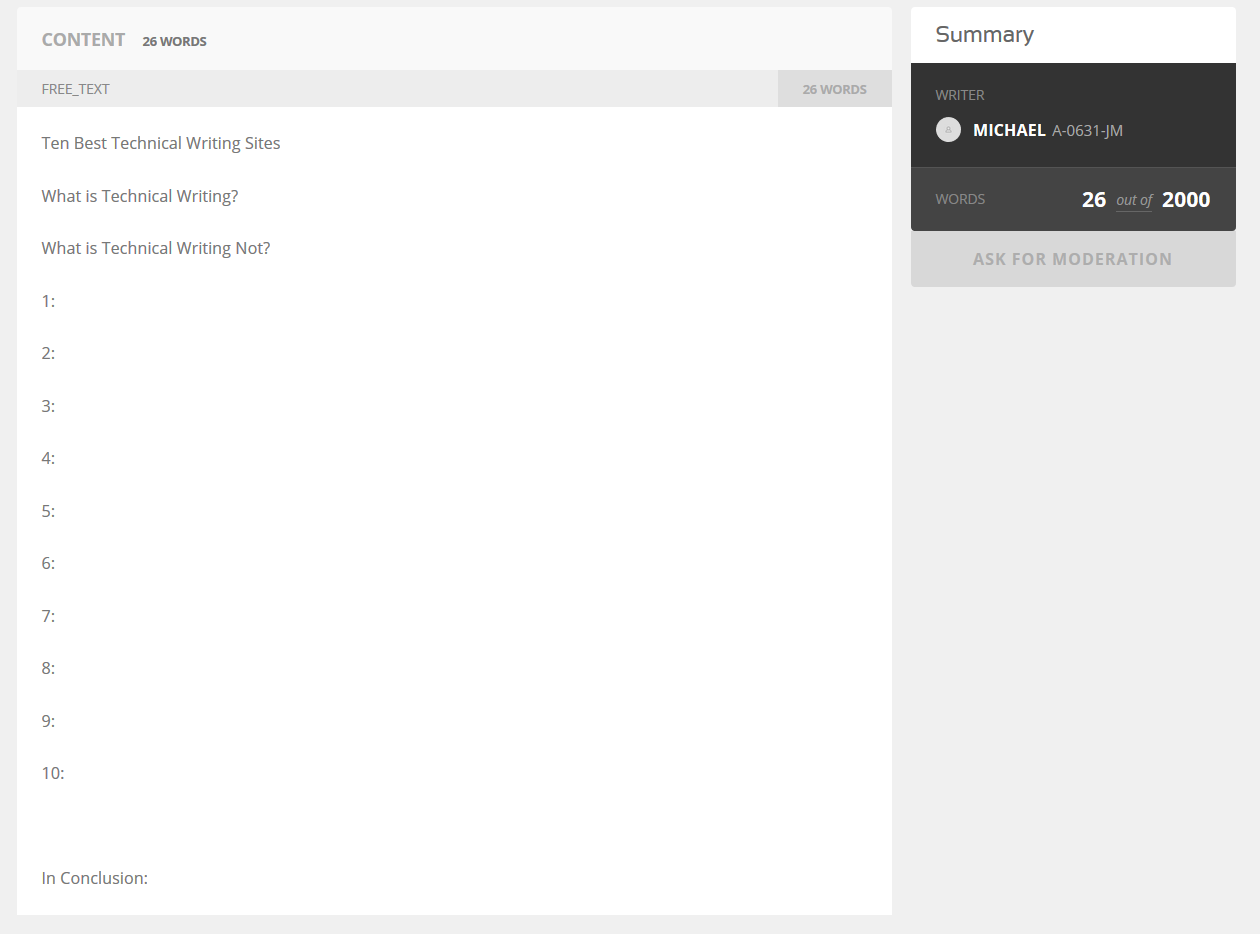 I received the article within time frame. I didn't, however, receive any emails of its completion, so I only found out about it a few days later. I found this lack of email notification from TextMaster quite surprising and inconvenient.

I noticed that the English was perfectly written by a native: (almost) no grammatical errors, good sentence structure and fitting words were used. Here is an example of a sentence:

Sometimes they forgot to add commas:

The writer also repeated himself quite frequently, using the same words over and over again. Because of this, the text read repetitively as if some of the paragraphs were a regurgitation of a previous text.

Also, while I asked for a professional, straight-to-the-point tone, it felt like the writer was intrigued to be philosophical:

" Technical writing involves a familiarity with the subject matter beyond the superficial."

The writer also didn't follow my instructions closely. I specifically mentioned that I want the prices of the services included, and he completely avoided that request. I don't expect this when I pay $60, let alone $132.

To summarize, while I found the writer's English proficiency above average, the text was quite repetitive. In addition, some of my basic requests for the article were ignored. For the price I paid, I thought more attention could have been paid to the article. On a positive note, the research was well done and for this I'm very satisfied.

*Rates differ based on selected languages and areas of expertise.

*Rates differ based on selected languages and areas of expertise.

*Rates differ based on selected languages and areas of expertise.
Review by contentheat
Grammar
Depth of research
Sentence structure
Uniqueness
Following instructions
Speed and quality of service
Value for your money
Voter reviews Post your review
Sort by:

Be the first to leave a review.

Your browser does not support images upload. Please choose a modern one